How this seven-figure D2C founder thinks about loyalty, retention and web3

Jack Benzaquen is a modern D2C success story. He saw a clear problem in the product world and addressed it with a great formula, enticing branding and thoughtful marketing strategy… 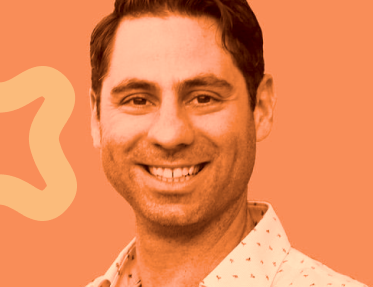 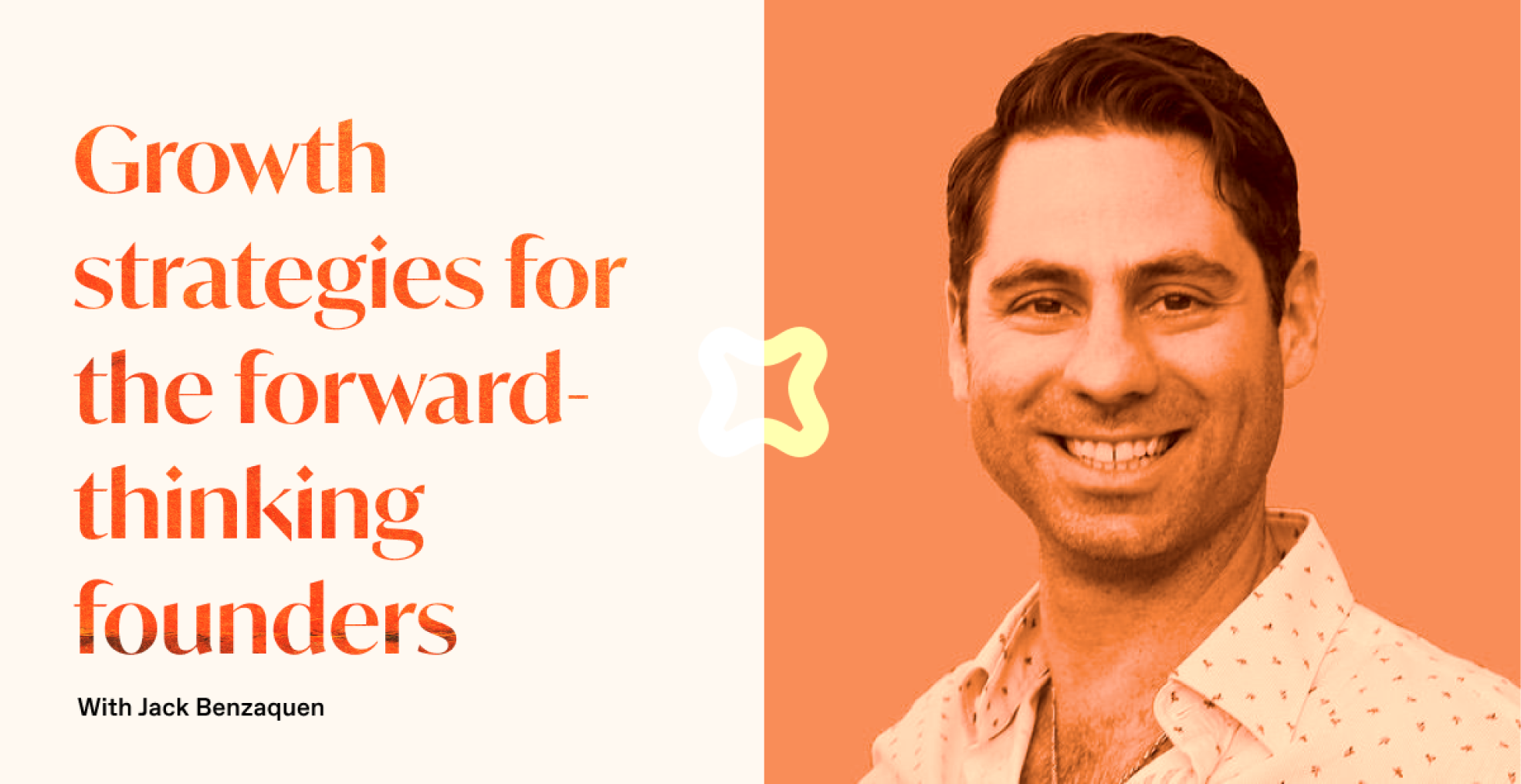 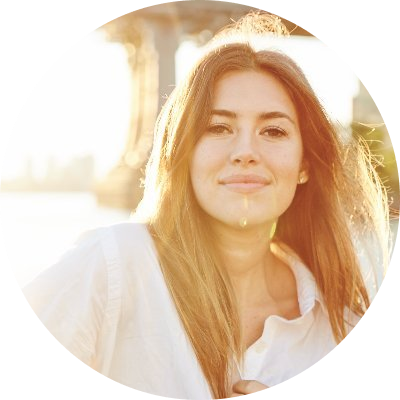 The result is Duradry- a seven-figure e-commerce brand selling via omni-channel to a die-hard customer base. We spoke to Jack about every aspect of the e-commerce tech stack with a focus on how he plans to differentiate himself and hedge his growth strategy by focusing on his most valuable asset- his customers. Watch our conversation or read the abbreviated transcript below.

On UGC and what type of content works for customer acquisition

We did a couple of videos with known artists or influencers or whatnot direct, and also via Cameo. Funny enough, the engagement and then the conversion and, you know, CTR, every metric was crap when you compared it to UGC from, you know, a Mom in Tennessee.  That's, that's the reality nowadays. I think people are just desensitized to influencer marketing and paid advertising.  They’re just over it.  It's my feeling that there's also a rebellion against the power that these people had in the sense of “I'm going to ignore you now”.  It's a different era. Like now I can follow someone that only has 5,000 followers, but that person talks directly to me and what I care about, not because you're Kardashian and you're going to tell me what to wear or whatnot.

On activating these customers to become affiliate

I've tried.  It's a difficult, it's a difficult thing to solve.I've tried with Carro.  They have created a marketplace of some sort, but at the beginning they would identify the your customers that are also influencers.  I’ve also tried Dovetale.

But maybe it's the nature of my product.  No one is going to be more authentic than the customer, right.  The question is- what is that psychological trigger? That's going to influence them to want to talk about these things.  That's worth considering.  They might not want to be that public about it.  We might have to strategize with like more private ways to act like sharing with friends.

I've been everywhere. I've even tried Tinder!  But I think at least for us now what's working best is Google and CTV.  To the point that we divested from Facebook.  We still test it every other week, run a lift test, just basically for a few days.  We increase the spend by a few thousand dollars to see how it lifts the boat.  And see if CPAs are making sense.  But, you know, the truth is that iOS destroyed everything.  I think there's so much opportunity because now that iOS destroyed distribution across the board and its own attribution, you know, that if Facebook doesn't have attribution or the correct attribution, they cannot, their, their machine learning model kind of honing into the right target.

It's not only attribution, it is also that the algorithm doesn't know where to go. If Apple doesn't launch an ad product soon, and even if they do that, I think that there's a lot of opportunity in Toki.  Of course there are many paths where you could go, but leveraging the community and that customer base is going to be very powerful.

So I had an idea while you were talking.  What would happen if tomorrow, figuratively, crypto becomes the main way people transact, right? And then with, let's say, Etherscan or any of these scans, you could actually see who transacted with which e-commerce platform.  You could then potentially create lookalike audiences, like ‘she bought in this place and then that place’ and then she wants Duradry because her friend did something similar.  No one would own this data. You then have this pay-to-advertise kind of model.  As a customer I can say ‘I'm open for advertising, but I'm going to charge a dollar every time someone shows me something, if I'm interested, maybe I'm going to buy’.

First of all, I'm obsessed. I'm a very obsessive person.  All the time, I'm running service: asking questions reading reviews, taking care of customer service like doing a bunch of things that keep up.  I'm not a machine, but I'm working a little bit on the analog side of things, meaning I'm receiving input from a bunch of places.  It’s like working on the subconscious and that helps figuring out where to go.  So I would say that big decisions I make with my gut feeling but with a lot of information coming my way.

We are working on the fourth formula right now.  I'm going to make a small batch, maybe 30 to 50 units ship it to customers so they can test it.  I've been making for a while now, so when people just email me, “Hey Jack, I liked the old formula better.  It protected me better, whatnot.” I add them to this list and then I can say, “Hey, what do you think of this new thing, let me know if it's better than the one that you're complaining about.”  Direct email.  And I’m using Typeform.  You offer free gift cards and three random winners as a token of appreciation.  Just making it a sweet and short, like short and sweet five questions.

I use smile.io.  It's mostly for referrals, but it has a small loyalty component.  You can reward people for spending money on your site for a couple of actions too, but honestly I'm not happy with the performance.  It’s not only their product. Maybe all products are similar in performance, I don't know.  Last time I went to a CPG dinner or an e-com dinner or whatnot, I asked people about this problem.  Everyone was mingling in different little groups.  I went to each group and asked that question and everyone said, there's no solution for that. You have to go subscription.That's the only way you can improve it [LTV]. And that's the only way you could.  The truth is that some people buy your product and they like it.  It's just not the extra effort to go buy it again. You know, maybe they forget about it. Maybe they, you know, just so when they're subscribed and have full control, they can change sweep, swap, skip, cancel.Maybe it's more annoying at the beginning, but with time it's better for both.

I love Repeat.  Super friendly with Leo and with Kristen and love what they're doing.  I think it's genius.

Someone had to come and do something like that.  For the people that are watching and they don't know what it is.  Repeat is where you basically you create a flow on Klaviyo and you just let people know, “Hey, it's time to replenish, just click this button”.  It takes you to a card page where you can just add the products to the cart and go to check in a very easy way.  You don't have to navigate on the website and go to the collections or just search for each product- it's there.  And your previous purchases are there. So you can just add products to the cart and go to checkout really easily.  For subscription, we do use Recharge. And what we do is that three days before renewal, we send you an email, “Hey, Elise we're going to ship more product in three days.  If you have enough product, just click this button and you can delay by two weeks.” So it's just one action.  You click the bottom, it gets delayed by treatments. So we figured it's better to delay than lose the customer.

On crypto and the applications of web 3 in e-commerce

Yeah, it's really a blood bath [right now]. I haven't seen my crypto.  The only thing I know is that my Luna is zero.  Let's see if Solana, Avalanche and you know, a few others make up for the losses in like five years and the next cycle.  But going back to your question. So I do think that that let's imagine that utopia that we're going to accept crypto in the near future. I don't know which, and I don't know who's going to provide the rails, maybe Stripe, I don't know.You have a world where you grant access to discounts or community, or what I call synthetic shares, which is basically a representation of, of a portion of your company shares.

So basically you are sharing your revenue with your customer in a way that is beneficial to you and meaningful to them, which would essentially be kind of a diversion from your paid advertising budget.  You create a token that represents the funds in that wallet.  You then you use those tokens to reward creators that work for you or influencers.  You could even reward your first customers, right? Let's say, for example, you spent a hundred dollars on my store. You're going to have one token.  Right. So if my company grows, that wallet is going to grow i.e. 10% of revenue is going to go to that wallet.  So that token, maybe it was worth a hundred dollars at the beginning, maybe two years from now is worth a thousand bucks.  The concept is that creators are customers and it's basically them betting on you.

And there's the catch 22 of who's going to be successful.  This is a way for brands and customers to break that, you know, usual pattern.  I think we’d be comfortable setting aside 5 to 10% of revenue. It has to be meaningful enough because you can't do it with just 10 people.You need hundreds of people to be rooting for you. So you have to make it worth their while, right?

On which Duradry products he recommends

If you sweat a decent amount, get the three step system. If you want something like, have you want to have a sweet clean, get the direct right wash.  If it's summer and you sweat and you want to be a hundred percent protected from, from B.O. you can use the spray.  You spray anywhere, everywhere. And just, it goes without residue, it's not sticky and you'll neutralize anything.

Subscribe to our newsletter
and stay up to date

Thank you! Your submission has been received!
Oops! Something went wrong while submitting the form.

The future of e-commerce